Year 7 – Hanna Hajduga – Awarded for her fantastic attitude to learning in French lessons. She has been very helpful in class and a great role model for her peers – Mrs Jahromi

Year 7 – Jamie Penrice – Awarded for his diligence and enthusiasm in French lessons. Mrs Hannan was impressed as he was able to sing the French alphabet song by himself – Mrs Hannan

Year 8 – Alexander McShane – Awarded for demonstrating kindness and humility on our trip to see the relics of St Bernadette. He acted as a friend to everyone and was especially inquisitive and diligent and eager to learn more – Mr Millar

Student of the Week – 22nd November 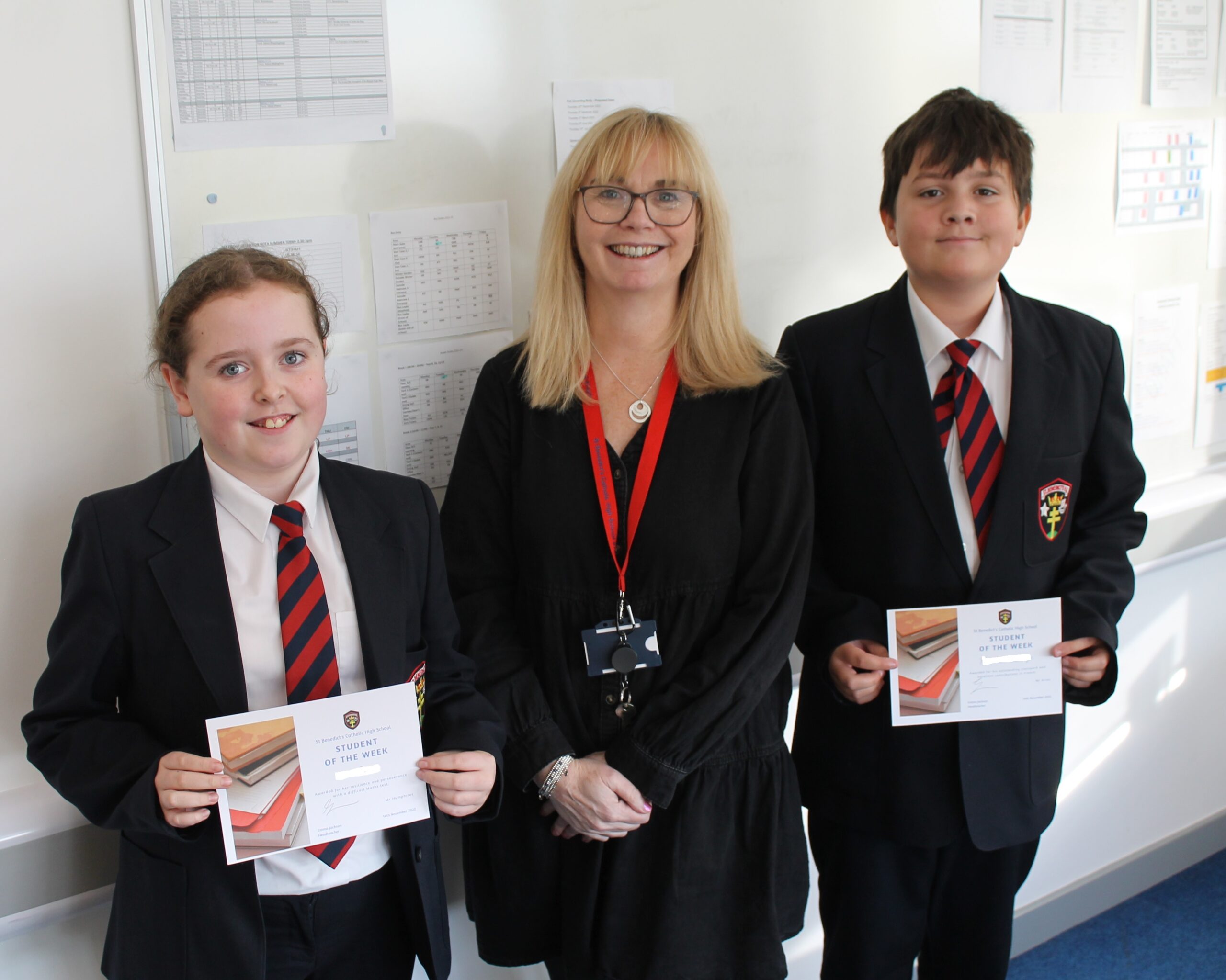 Student of the Week – 14th November Student of the Week – 7th November